Ido Portal is one of the most influential teachers in movement and fitness today. He's an incredible mover himself and has influenced thousands of tops athletes around the world (like Conor Mcgregor and more).

He's even responsible for spawning one of the biggest shifts in fitness and physical culture since the Bodybuilding era – the so called "Movement Culture." Most importantly he has inspired thousands of people to expand their movement horizons and play with the myriad different ways that the human body can move.

In 2014 I trained with The Ido Portal Method and this is what I learned...

I began his online coaching program with the hopes of broadening my movement horizons - and the experience has continued to shape my practice to this day.

The scope of the method is vast. From 30-day squat challenges and many minutes spent in a handstand to loaded progressive stretching and wushu protocols, I know that I've barely scratched the surface of Ido's teachings.

While there are many who have gone much deeper, I wanted to share 7 key lessons that I got from my time in his coaching program and in the two years since. 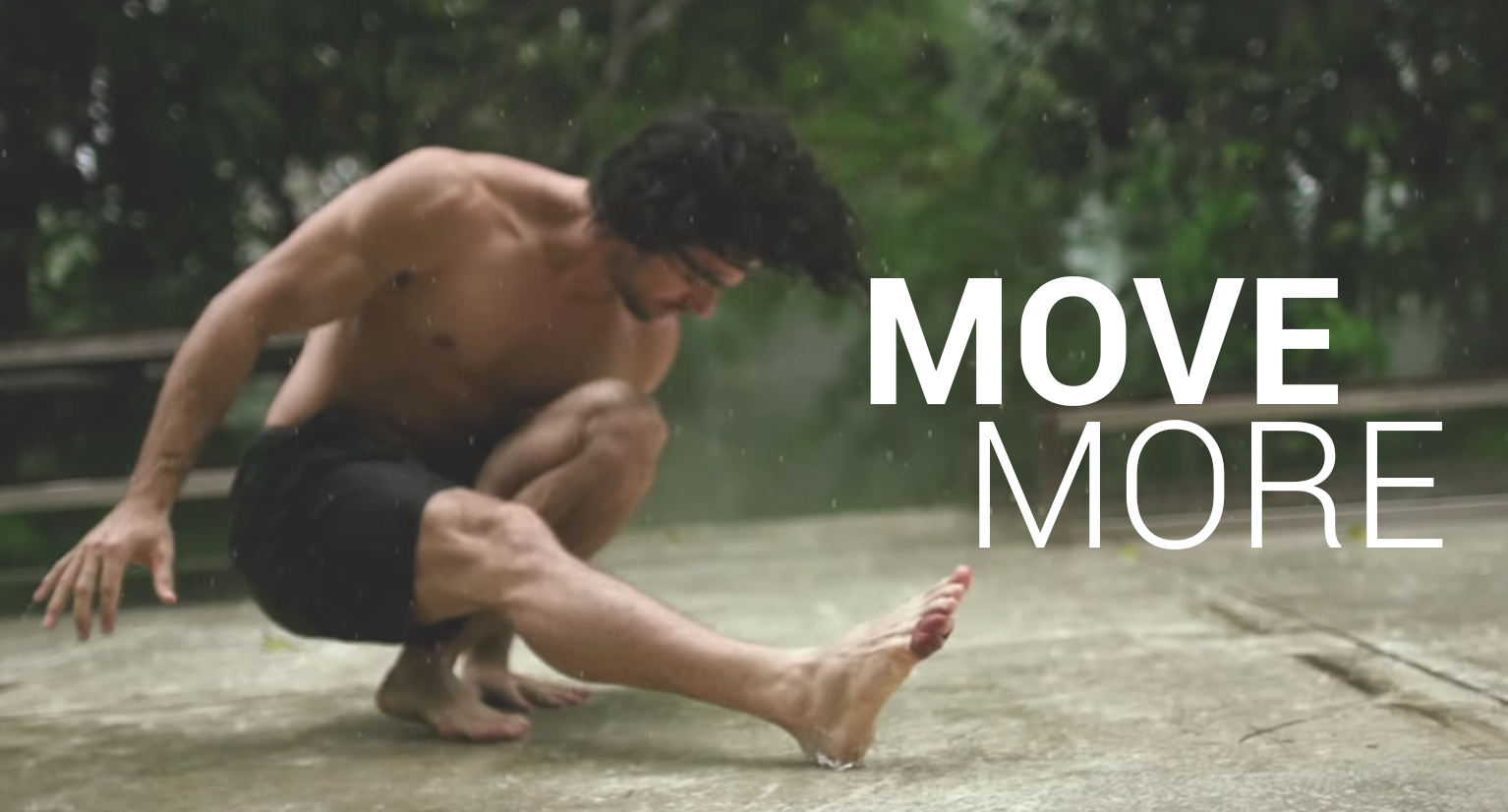 Most modern health crises can be traced back to a lack of movement. We are a society that is “movement deprived” at a gross level...and it's costing us. Ido Portal was one of the original people in recent years to popularize the NEED for a much higher quantity and quality of movement.

Even if you have no interest in doing handstands or crawling on the ground – you should move more.

Ido’s passion and enthusiasm for the wonderful, complex and creative world of movement is contagious. No matter where you are starting from…you can move more.

There is no right or wrong. Just move. MORE.

In his London Real interview Ido talked about identifying and being clear about your “dogma.” Your dogma is kind of like your “Why” (with a capital “W”.)

It is your ultimate reason for moving.  For some, like Ido, their dogma is Movement. For others it is Health.

Knowing the difference is important because if your dogma is movement – you may try things in the name of “movement research” which are actually not in the best interest of your health. Similarly, if your dogma is health, there may be realms of movement practice that remain undiscovered because the perceived risk is not worth the reward.

There can be many other dogmas: strength, aesthetics, etc. Be very clear about what your true dogma is because it will determine everything else underneath that umbrella.

Lesson #3 - Repetition is the Mother of Skill

Training with Ido is very demanding and time consuming. One of the first things that struck me about the online training program that Ido sent me was the amount of sheer repetition of the same exercises.

It’s easy to get caught up chasing 10-12 goals at the same time…but few have the discipline to pick only 5 goals and ruthlessly pursue them until they are achieved.

One aspect of training that was very new to me was training “improper alignment.” This meant putting your joints in traditionally “dangerous” positions and slowly, carefully increasing the stress on them over time.

The theory goes that improper alignment is not probable…it's inevitable. Therefore we would be wise to prepare for it rather than pretend it will never happen.

Interestingly enough, one of the “improper alignment” exercises I trained was the “outside (eastern sit) squats". It turns out that this type of movement / ability has been shown to be quite predictive of how long you'll live!

I guess we better keep training it!

Progressive overload is a well-known principle of strength training. However, Ido was adamant about always be increasing at least one parameter of overload. His online students will probably be familiar with the following instructions:

Every time you succeed in fulfilling the rep/set scheme prescribed, next workout you increase weight by 2.5-5%. This may require micro loading (micro plates) I suggest getting the Platemates for that purpose.

Even in the deload session you increase the weight, even though the sets are decreased.

If unable to increase the weight during all the rep/set scheme, aim to increase it even if it is only in the first couple of sets.

If still unable to increase the weight due to fatigue - keep it the same and make sure to rest up well before the next session so you can go on course to increasing the intensity again.

Do not miss sessions, use consistent progressive overload as instructed even if one parameter is increased only - Range Of Motion, Time Under Tension, Reps, Sets, Work Density, Total Capacity, Variation, etc...

This heavy emphasis on always progressively overloading one variable or another is why Ido and many of his students display impressive feats of strength!

Range of motion (ROM) is the pre-requisite for movement. If you have no range...what motion can you really do? It is also the thing most sorely lacking in our western society.

Loaded progressive stretching particularly emphasizes the strength component. The goal is to get STRONG in a STRETCHED position.

Anyone who's been stretching for several years knows that there is already a strength component in many types of stretching. However, Ido's Protocols take it to the next level.

As I said before, what makes these different from some traditional methods is that they aim to instill strength at your end-range of motion. This probably works because the "neurological safety net" gets lowered when there is sufficient strength in the range of motion.

With Loaded Stretching, your nervous system starts to learn that "end-range" is also "safe-range." For those whose dogma is health, some degree of loaded stretching is important if they want ROM with injury prevention.

Ballistic stretching creates strength via loading with momentum and leverage. It also prepares the nervous system to go into stretch very rapidly, which can be quite useful for athletes and movers.

This type of stretching has been around for a long time in Wushu / Kung-fu circles, but Ido brought it to the forefront and integrated it into a holistic system of movement.

Lesson #7 – The Most Important Word of All…

This one word has the capacity to crush, frustrate and empower you all at once. It basically means “you did not live up to our standards - try again."

It’s possible to be told to resubmit your training footage many, many times before being allowed to move on to the next phase of training. Ultimately this is a good thing because Ido, Odelia and the crew demands impeccability when it comes to the execution of movements.

"Resubmit"...you may dread it, but you know it's good for you.

As I said earlier, I am far from the most advanced student of the Ido Portal method. My goal is simply to share 7 lessons that have stuck with me.

There are many incredible movers out there who are way more impressive and definitely worth following. Several I highly recommend you check out are:

For those who want to learn more about Ido and his methods - visit IdoPortal.com

If you want to learn more about how I've adapted Loaded Stretching & Ballistic Stretching and how I teach it, check out the programs below: 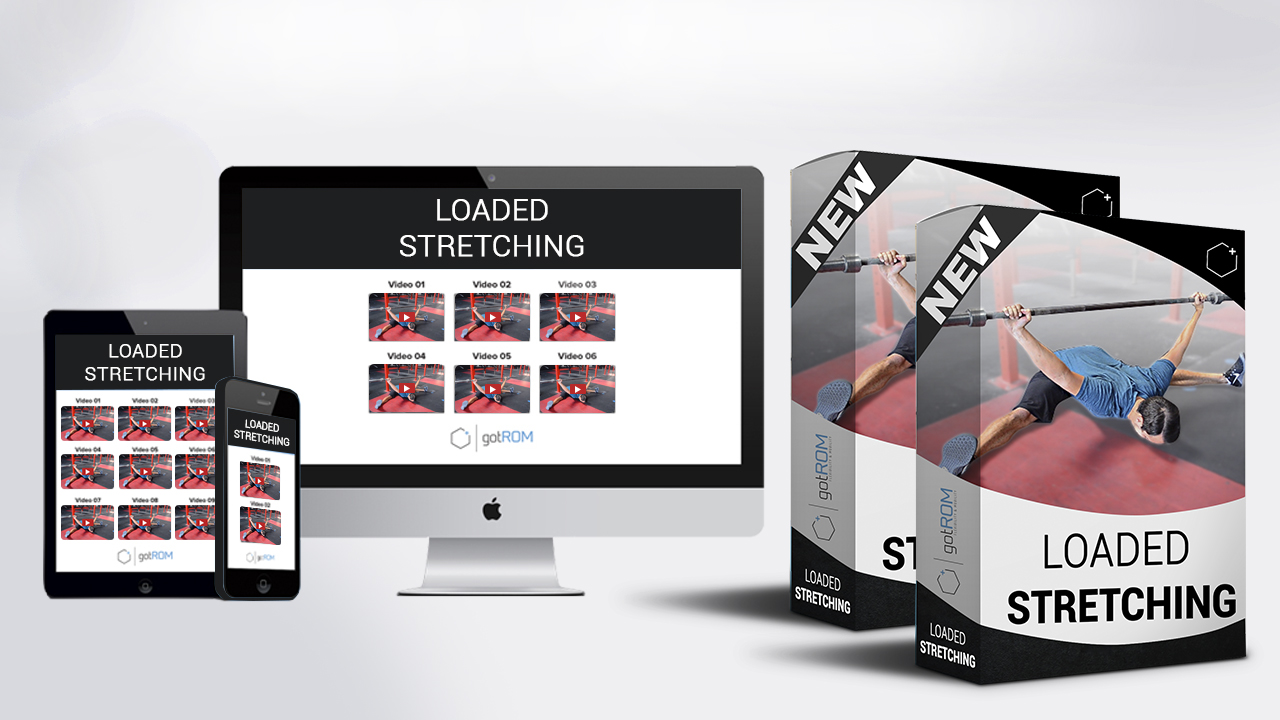 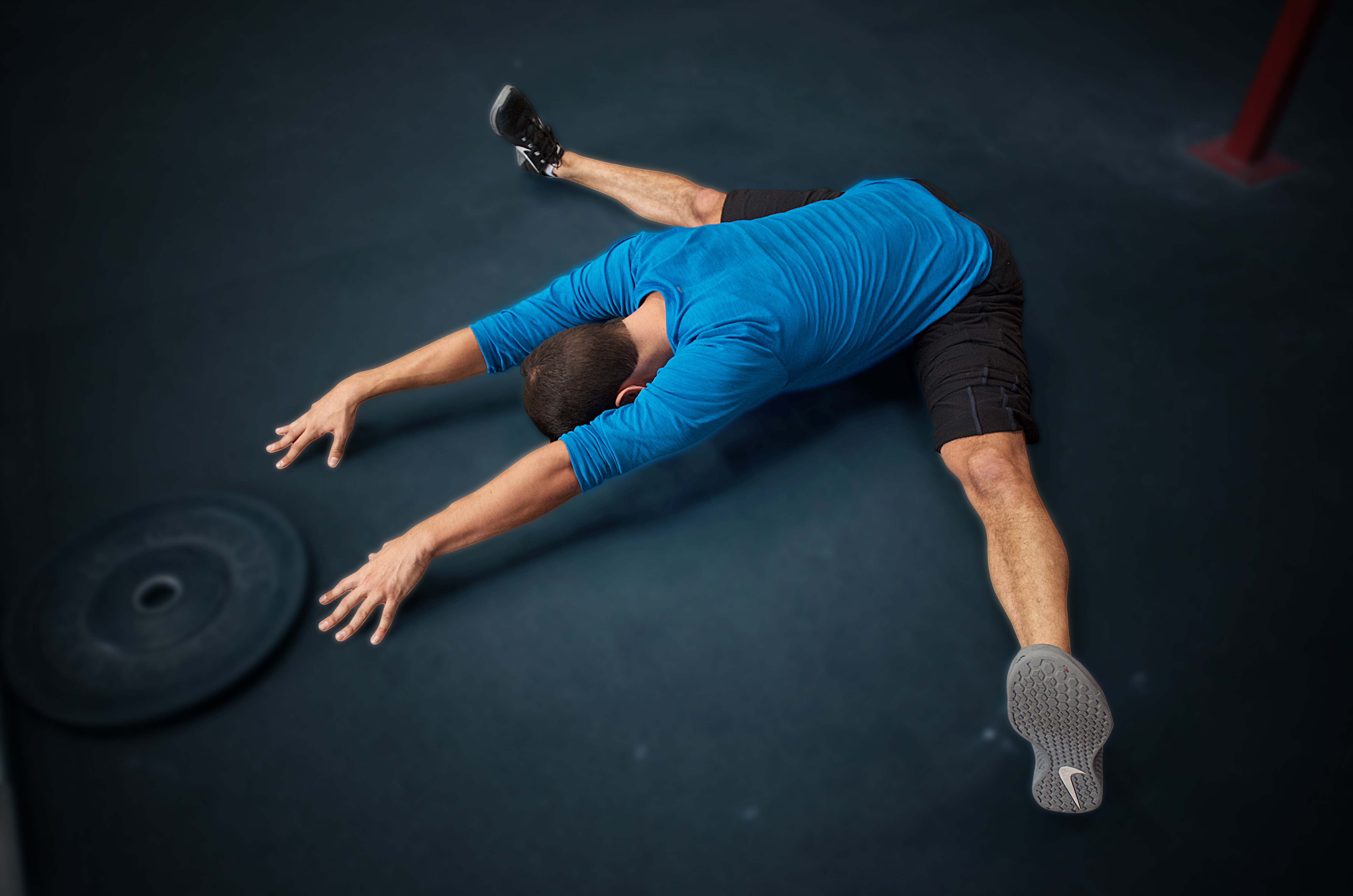 Shane Dowd, CES, CMP is the owner / founder of GotROM.com. He is also a sports performance & mobility coach specializing in injury prevention and flexibility for athletes. 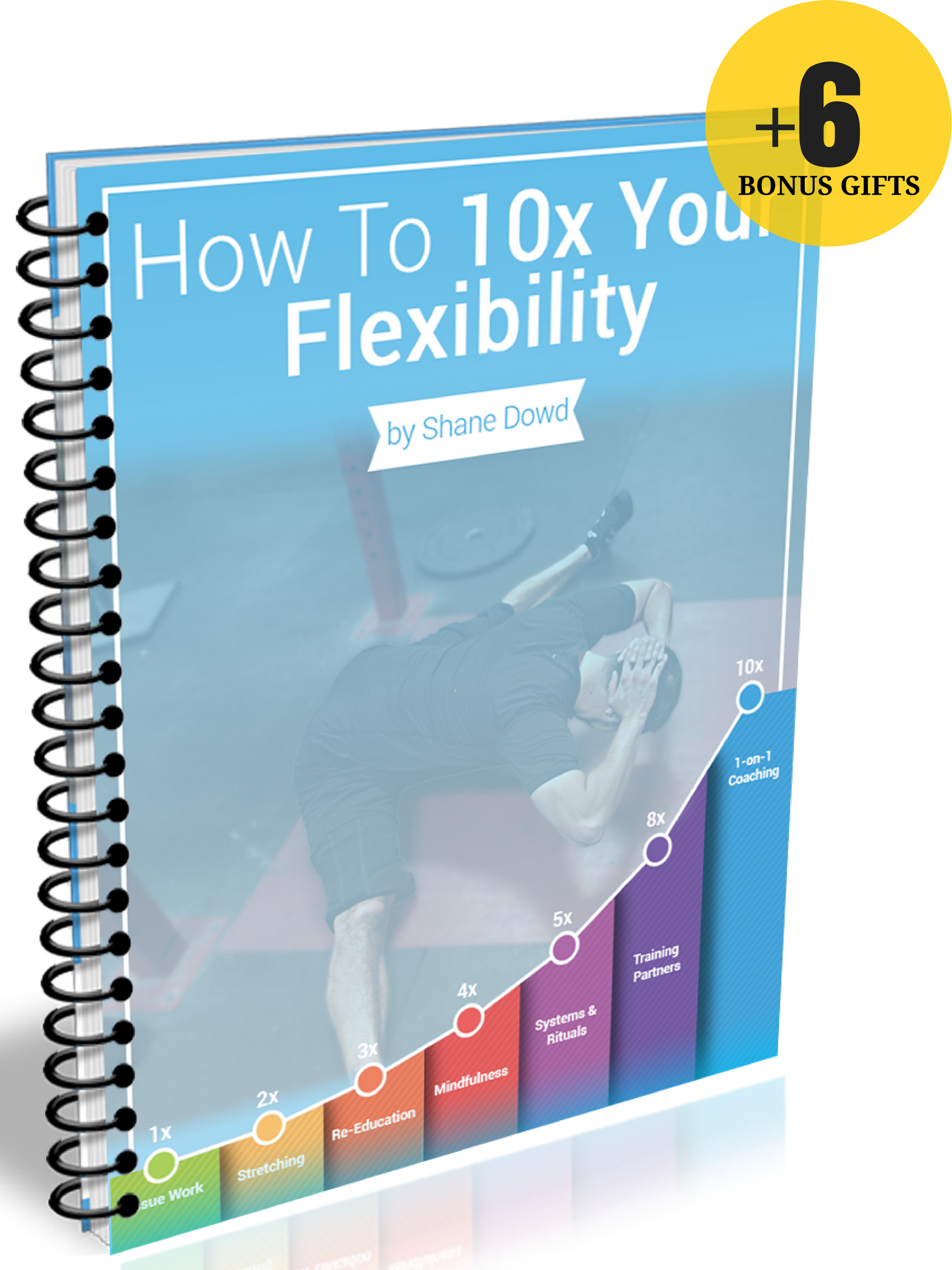 How To 10X Your Flexibility

An Insider's Guide to Accelerated Gains 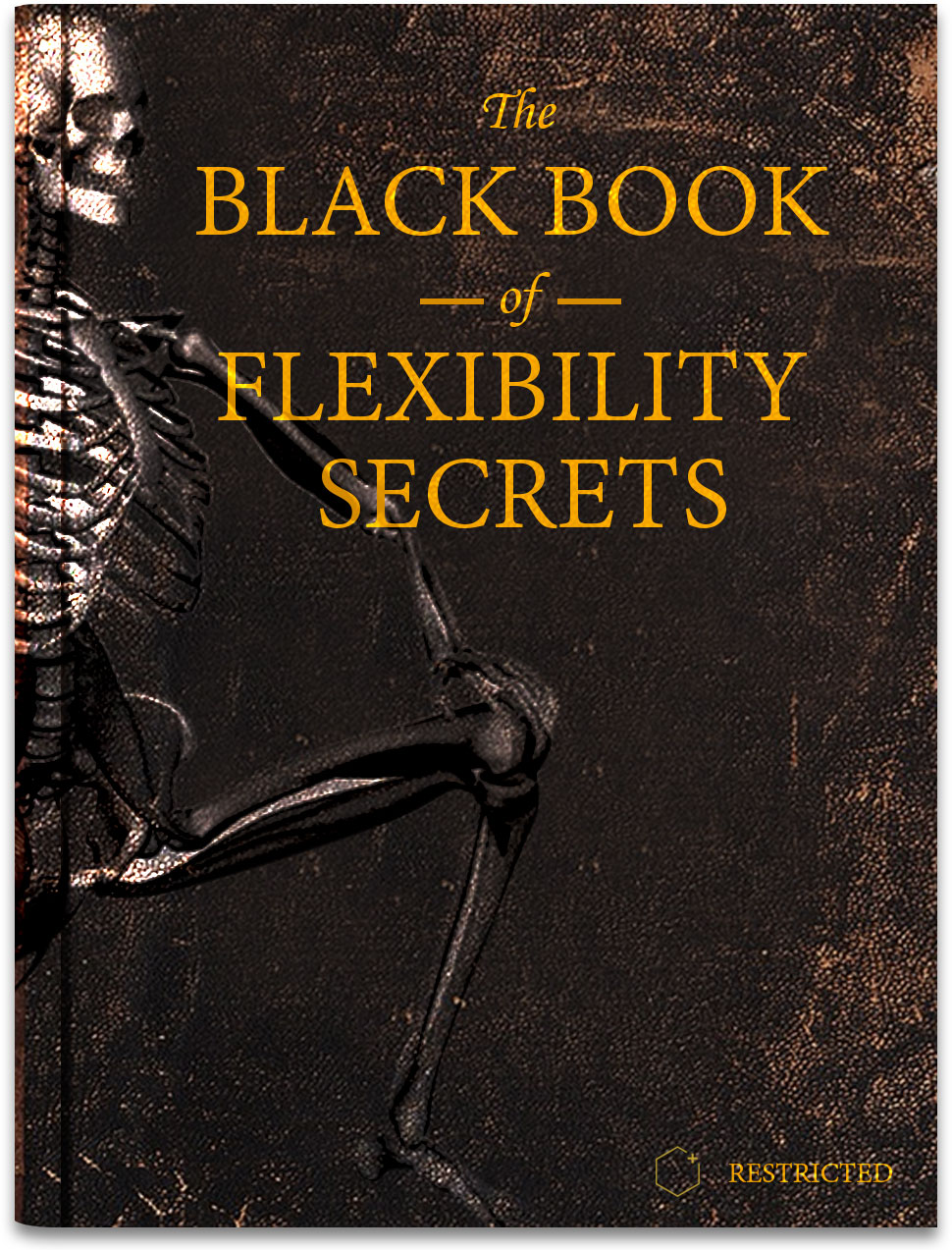 The Black Book of Flexibility Secrets

6 Secrets of The World's Most Flexible Athletes 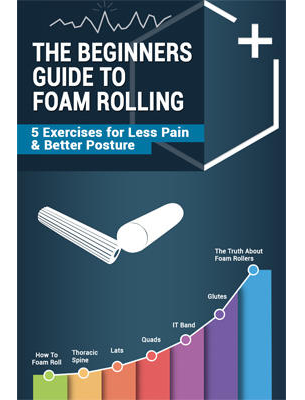 The Beginners Guide to Foam Rolling